Adolf was born in 1924 in Ortisei, South Tyrol. His father was an iron sculptor and his mother was the daughter of Josef Moroder Lusenberg, a painter. After his studies, between 1947 and 1957 he opened his own atelier in Ortisei and married Renata Giovannini, from which he got four children. In the early 60s his first exhibitions appeared in Italy and abroad. In 1968 the first important critics like Garibaldo Marussi, Luciano Budigna and Giorgio Mascherpa get to know his studio. In the 70s he collaborated with the german architect Neckenik from Neuwied, who assigned him many monumental works for churches and public places.

In 1974 he published his first monography with the texts of the venetian critic Giuseppe Marchiori and the photos of Gianni Bering Gardin. One year after he exposed for the first time in Milan at the Gianferrari gallery and in the Davico gallery in Turin. In 1978 during an exhibition he met the movie director Ermanno Olmi and in 1979 he decorated a Bank in Modena with bas-reliefs, tables and chairs, which are still open to the public. In 1982 he takes part at a collective gallery at the Ca’ Pesaro museum in Venice and in 1983 he exposes at the Palazzo dei Diamanti in Ferrara.

The second monography was published in 1984, and included the pictures of the photographer Mario de Biasi and the critics of Enrico Crispolti. The cover of the book was edited by Bruno Munari. In that same year he exhibits his artwork at the Goethe gallery in Bolzano and takes part at the showroom in the beautiful chambers in the Ivano castle in Trentino along with Berrocal, Mattioli, and De Stefano.

In 1986 he participates to the Biennale internazionale del Bronzetto in Padova and to the exhibition titled “La scultura dei fotografi: Gianni Berengo Gardin fotografa Adolf Vallazza”. Between 1986 and 1987 he frequented the art director of the Olivetti foundation, Paolo Viti, who organized for Adolf a big exhibition at the P.A. Garda museum, in Ivrea.

In 1988 he exposed in the beautiful scenery of the Villa Contarini in Piazzola sul Brenta. In 1992 he’s hosted at the “Salone internazionale della sedia” in Udine, and in 1993 he took part at the exhibition called “Intorno a Canova” in the Gipsoteca del Canova in Possagno, sponsored by the Biennale di Venezia, and in the same year at the Forni gallery in Bologna. In 1996 he exhibited in two galleries, one located in the S. Lorenzo church in Aosta and one in the Maison des Arts in Thonon-les-Bains (CH).

With the Goethe gallery of Bolzano he participated at the Arte Fiera di Bologna in 1999 and in 2000 the memorable writer Tonino Guerra dedicated to him a poem. In 2003 he got hosted in the church “ S. Maria della Neve” in Pisogne. The title of the exhibition was “Fratello legno” and it was flanked by the pictures of Gianni Bering Gardin.

In 2004 he exposed in the “scuderia del Rione Bertelli” in Caderzone and between 2007 and 2009 in the Galleria Civica Palazzo dei Panni in Arco and in the Galleria Civica di Trento. In 2009, on the occasion of his 85th birthday the book titled “Opere” got published. It was cured by the critic Danilo Eccher and published by Priuli e Verlucca in Turin.

In 2010 he got invited by Danilo Eccher to the Galleria Nazionale d’Arte moderna e contemporanea (GAM) in Turin in the exhibition called “Keep your seat”. In that same year the Museo nazionale della Montagna on the Monte dei Cappuccini in Turin exhibits his big totems and, with the pictures of the canadian photograph Craig Richards and the texts of Danilo Eccher and Aldo Audisio another catalog got published.

Also in 2010 his sculptures are exposed in the benedictine abbey Muri-Gries in Bolzano. Vittorio Sgarbi invited Adolf in 2011 to the collective exhibition sponsored by the Biennale di Venezia in the italian pavilion at the Palazzo Trentini in Trento. In 2014, to celebrate his 90th birthday, he exposed in Bolzano, the exhibition was titled “I grandi totem”. Again, his artwork was accompanied by the pictures of his friend Gianni Bering Gardin.

Since 2016 his totems, fantastic characters, menhirs and thrones are exposed in his new showroom in Ortisei, which by now has become a destination for admirers, critics and curators from all over the world. 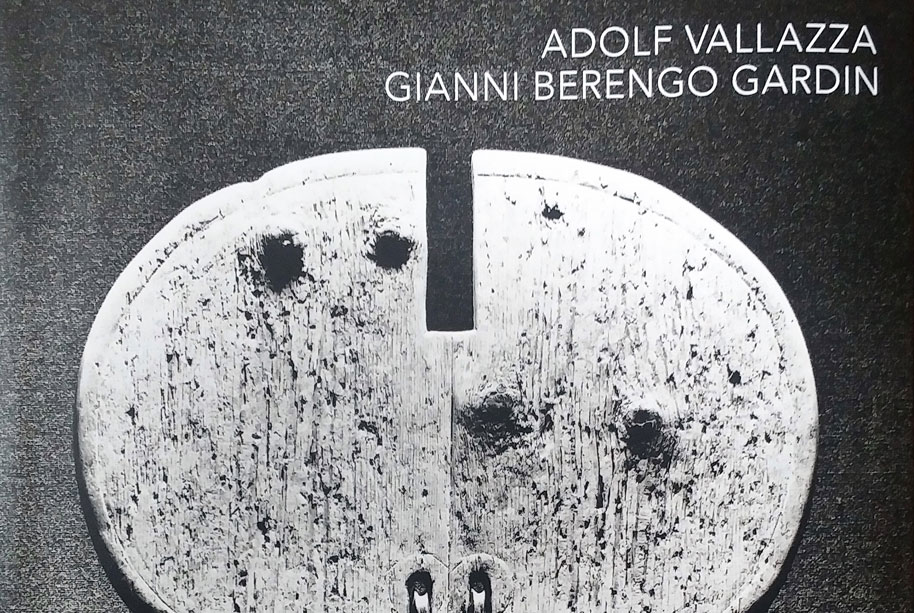 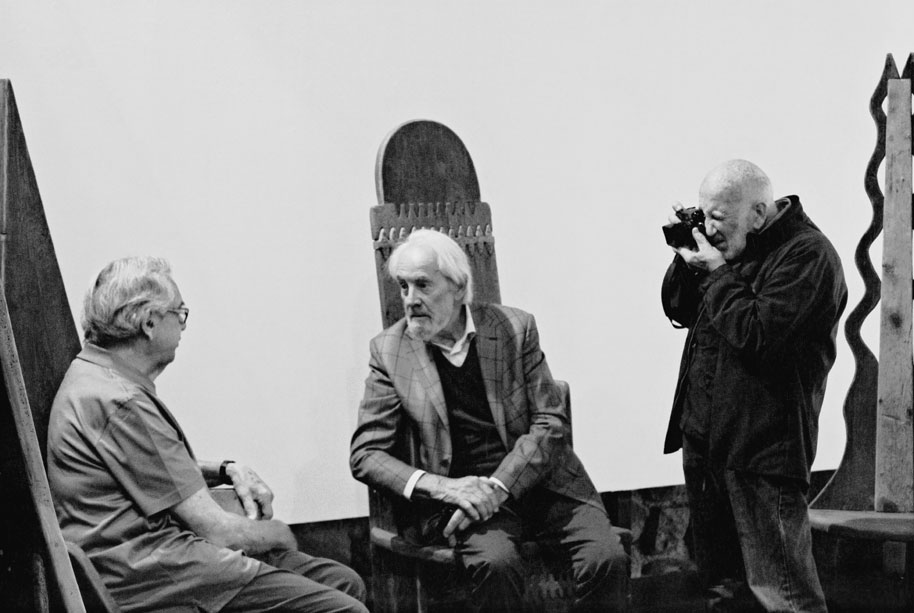